Enhanced safety measures including sterilization and proper protective equipment are being used during the ongoing COVID-19 Pandemic. We are operating by appointment only.

Award winning family of Optometrists, specializing in eye health. We have vast experience on how to help you see your clearest and stay healthy.

In 1977, Dr. Stephen Chinn opened his first San Diego Optometry Office in North County, in Vista. Starting off small with his wife as his receptionist, he eventually grew that independent practice and moved to San Marcos. As time went on, he realized there was a need for eye care in underdeveloped parts of San Diego County where people of other races were unable to get eye care because of language barriers. That is when he decided to open a second location in El Cajon, in 1982.

He spent 20 years between San Marcos and El Cajon servicing two completely different communities to fulfill the need of eye care. Eventually he brought on an associate doctor and sold his San Marcos office to her in order to solely focus his efforts and time on the communities he felt he could serve better.

In 2008, he made the decision to move to a new community, North Park, in the hopes of serving a new community. We have now been in the North Park community for 10 years and have been grateful for the many amazing people we’ve met. In 2017, his only daughter joined him in practice to become the Second Generation Optometrist.

We are proud to now be a part of the North Park community and hope to contribute to the development and growth of North Park in the years to come. We pride ourselves in being a family owned, local, independent Optometry Office and will continue to provide the best care that we have been for over 40 years. Our family knows vision. 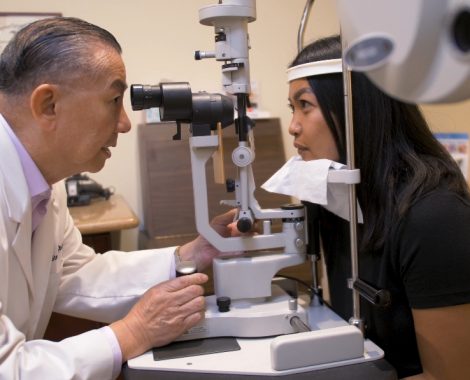